Meet a few of the people, places and events that have been so special to me!

The teacher and her students,… 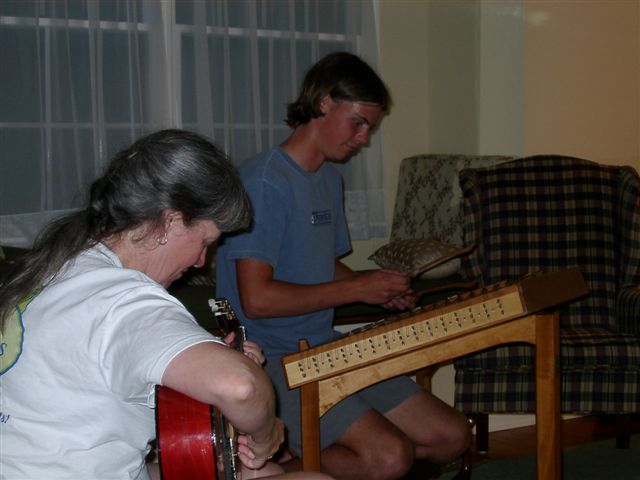 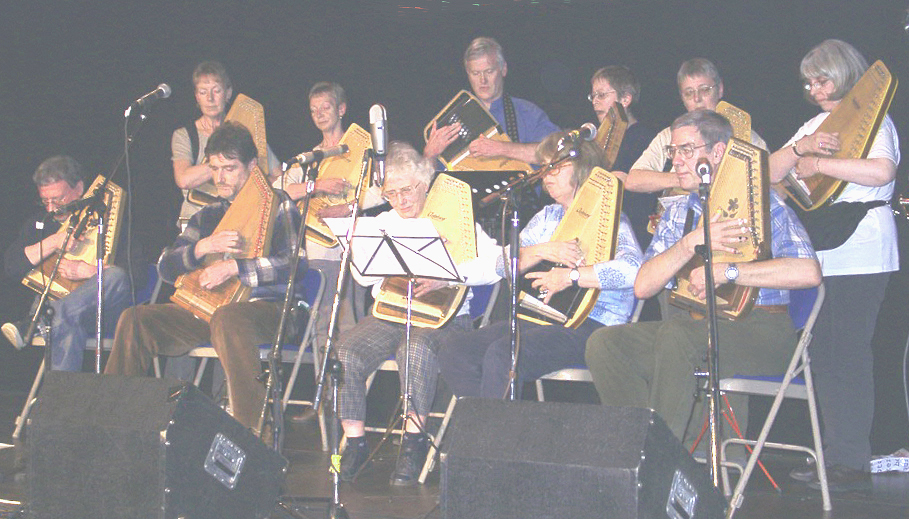 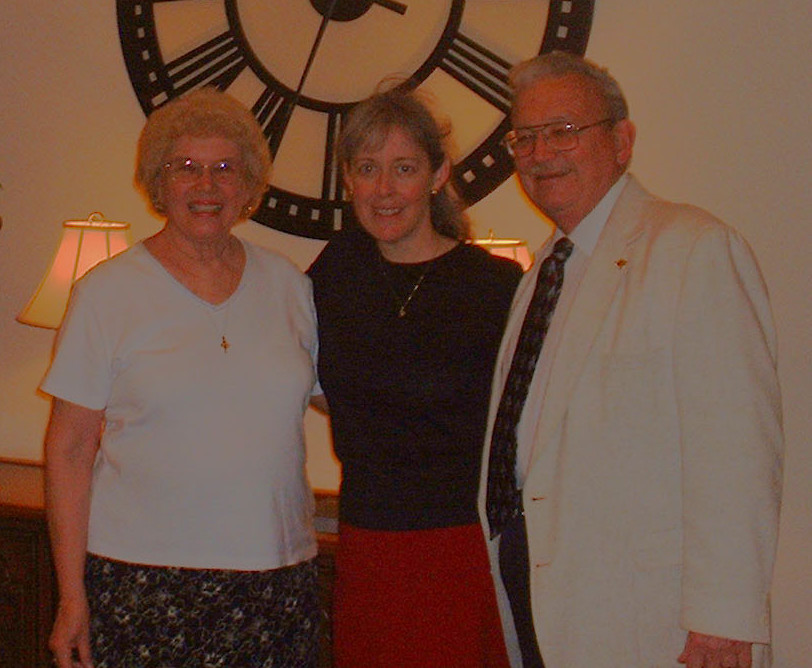 Charming, alarming blue-eyed
Minstrel who on harped instruments
Winged her way into our hearts.
Softly spoken, a real token of
Musical talent and hard work that
Expresses, impresses and delights
All those who hear the sounds
Appearing from her within-ness–Lucille.

Robyn Gray, a one-time wannabe opera singer from Australia turned enthusiastic arts patron in the US, read this poem during my performance at the Arizona Folklore Preserve in April, 2000.  She left this earth in September 2000.  As one of my encouragers and fans, Robyn is greatly missed, but fondly remembered here.

…Music in Its Many Forms,… 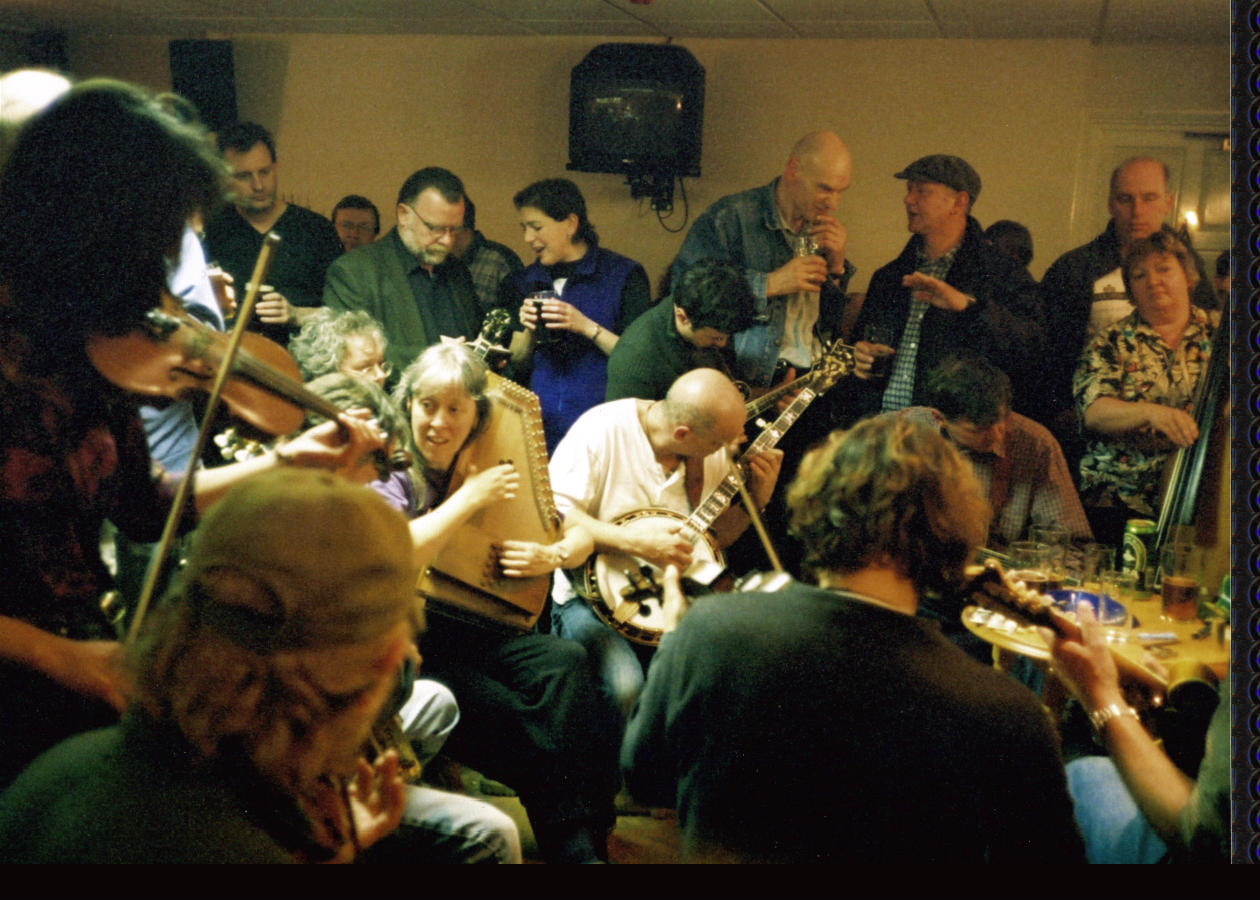 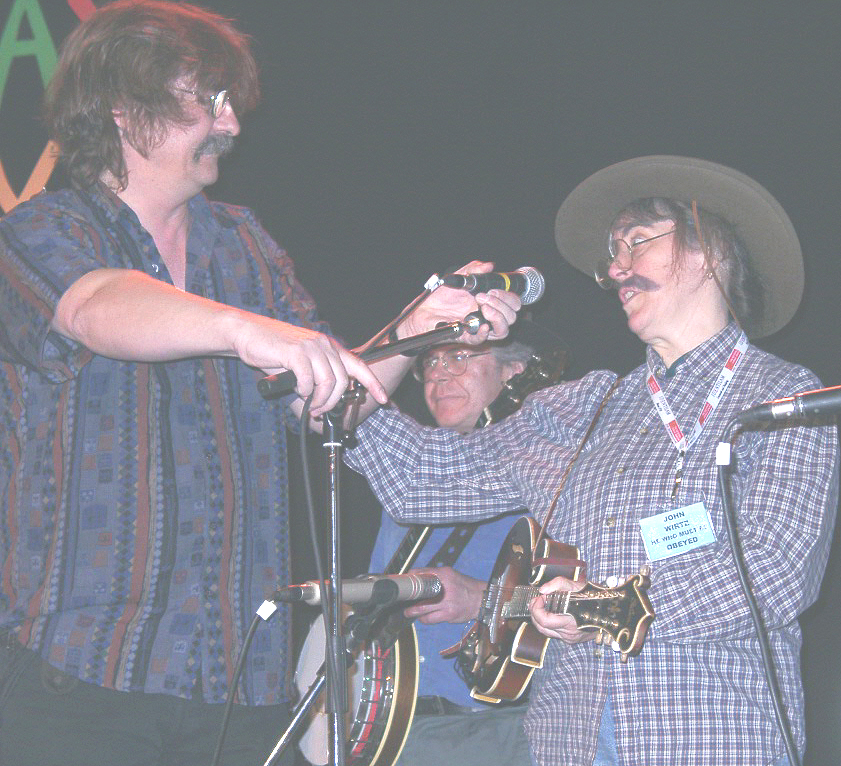 [/one_half_last] [one_half]Jamming and conversation in the pub at Sore Fingers Summer School, Kingham, England.   I’m in there, somewhere. (photo by Anne Richardson)[/one_half] [one_half_last]John Wirtz (left), director of Sore Fingers Summer School, adjusting the mike for me as John Wirtz?!  John set up my mikes for my big, one-note solo on fellow tutor Barry Mitterhoff’s mandolin, an unimportant detail until one realizes that Barry and I were classmates since junior high school! (photo by Nadine White)[/one_half_last]

…a tune for a special friend,… 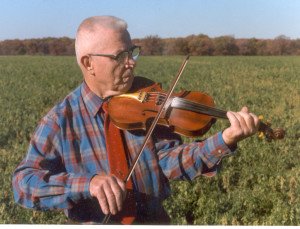 Les Raber fiddling a tune in the field behind his house.

Les Raber (1911-2000) caught my eye immediately the first time I attended the Original Dulcimer Players Club Funfest in Evart MI in 1990.  I still haven’t seen anyone make a bow breathe like Les could.  In 1999, I composed Les Raber’s Jig in his honor and played it on the Funfest stage to a crowd of thousands on my F diatonic autoharp, with variations.  The ending is very reminiscent of Les.  This jig was also my final competition tune to clinch the title of 2003 International Autoharp Champion!  (photo by Judy Raber DeGroote)

…and remembrances of Home

In 2000, I took a “sabbatical” from full-time music to work in and explore the wonders of the World’s First National Park, Yellowstone, in Wyoming USA.  With fond memories of hard work, great fun, and 170 miles hiked in a 5 1/2 month season, Yellowstone quickly became Home. 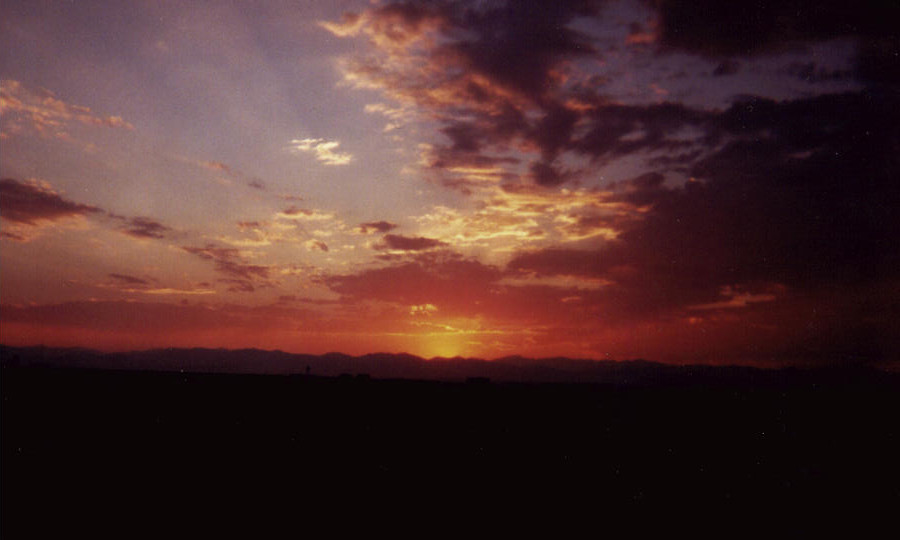 [/one_half_last] [one_half]Lunching high atop Mount Washburn (10,243 ft.) on a windy day in late July.  (Winter arrived just five weeks later, on the last day of August!)  Also present but undetectable in this photo: ladybugs all over my boots!  (photo taken with my camera by a unnamed hiker from Alaska)[/one_half] [one_half_last]The sun sets on Dubois, Wyoming on the way home from Yellowstone.[/one_half_last]