For several years now, I’ve heard hammered dulcimer players talk about wanting to embellish a tune.  In a survey I conducted for the purpose of targeting a future book project, I asked what embellishment means.  Twenty-eight dulcimer players shared their thoughts.

What may be surprising to readers of this article is that most of the definitions the participants submitted described anything but embellishment.  When one person included in his definition, some dulcimer players seem to use the term grace note to mean almost any notes filling in between the main melody notes, well, it seems high time to establish what embellishment is, and what it is not.  (Ditto for grace notes!)

I went to The Harvard Dictionary of Music (1970 edition) for its take on the subject.  Embellishment appears there, but cross-references to ornamentation (hmmm…).  After hunting down ornamentation and a few more mildly related terms, I found these, whose definitions I’ve paraphrased to make them a little easier to understand:

Extemporization: Variations on a theme, created by adding or removing both harmonic and non-harmonic tones between the existing notes within the original tune.

Improvisation: The art of performing music spontaneously without the aid of manuscript sketches, or memory.  (For a good time, see also penillion, a Welsh term that’s probably not pronounced the way it looks.)

Using the above terms/definitions as parameters, and tossing out embellishment altogether, ornaments were specifically mentioned by ten of the 28 survey participants using these related terms:

All the other music terms appearing in their definitions fell under these core categories:

triplets
(just one of many terms that werent also mentioned)

dynamics
accents
(again, two of many terms that fit here but werent mentioned)

Embellishment can’t mean all of that, can it?
Let’s see how all of the the terms in the above chart fare in pictures.   Below, I’ve devised a variety of ways to interpret (ah, there’s a good term, too) the first phrase of “Twinkle, Twinkle Little Star” in G major, explaining each interpretation: 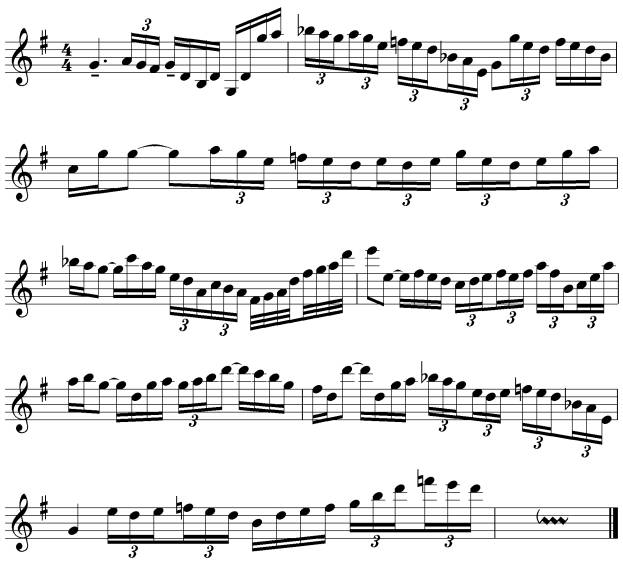 And lest I forget:

So you see, a multitude of terms more accurately describe what has been lumped into the embellishment camp.  And when it comes to conversing with musicians (it will happen some day, for those who think it won’t), this wide assortment of more specific terms will serve to avoid confusion and ambiguity.

Finally, I quote these definitions of embellishment verbatim  from the survey, and supply my own comments after each:

©2004 Lucille Reilly. All rights reserved.  No part of this article may be reproduced for distribution in any format without prior permission.  This article was published in November 2004.

Back to Beyond the Blog